For Halloween, I’d like to build some evil glowing eyes that can follow a person and blink. Yesterday I got various stats about the human eye together to build something that would look human-like and obviously show motion as they followed you.

Today I put together a very primitive proof of concept to see if what I’m thinking would look realistic: 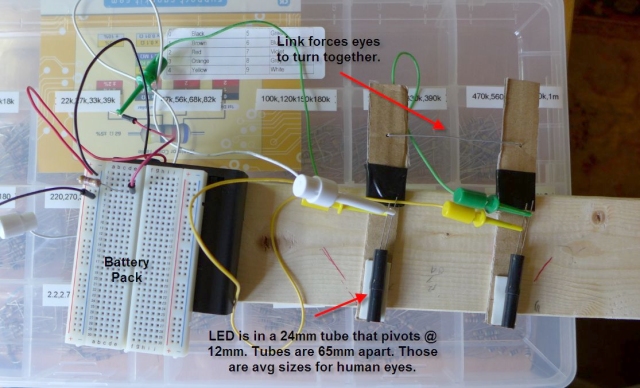 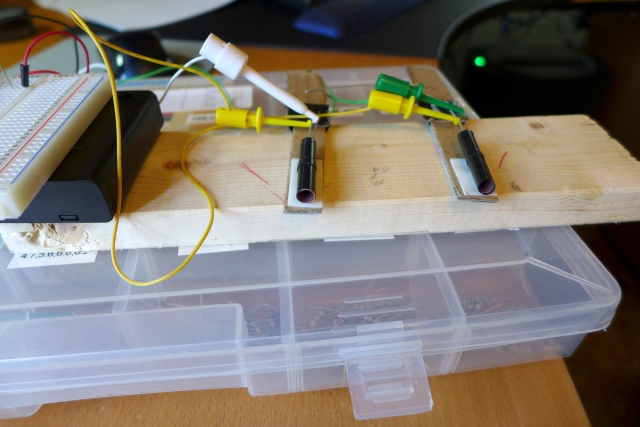 The idea wasn’t perfect, but it wasn’t bad. They obviously showed a scanning motion; however, I don’t think the tubes looked human enough the way light reflected off the sides.

I’m going to try this again with ping pong balls to see what that looks like.

This entry was posted in Animatronic Evil Eyes, c-electronics. Bookmark the permalink.